First stop in my travels this summer is Spain. It may sound adventurous but for me, Spain is my second home. My plan was to only go to new places but after comparing prices and considering that my boyfriend/travel companion had never been, I knew I wanted to show him where I have some of my best memories.

The last time I was visiting, about two years ago, I stayed in the north but this time around, I wanted to be in the south – in Andalusia. In my opinion, Andalusia, is where the Spanish culture and best cuisine is from. This bias stems from my experiences studying in Granada (in the south), where I first lived in Spain. There, they say that Andalusia is the heart of the country, and I believe it to be true.

Instead of going back to Granada, I chose to go to Málaga for the first stop in our Spanish tour. I have never been but in recent years, I hear that Málaga has really changed. They have invested in their museums and tourism has soared.

In total, I spent 5 nights in Málaga. Many have told me this is an excessive amount of time to stay in there but honestly, we had plenty to do. Spoiler alert: it is metropolitan but it is also on the beach.

Here are the top things to do when you are in Málaga:

Head to the beach, known as Costa del Sol, or Playa de la Malagueta. It may look like any old beach from this photo, but it is cool to know that the beach is directly across from Africa. Alongside the beach, there is a lot of places to get food and refreshments.

See the birthplace of Pablo Picasso or at least go to his museum. The French can claim Picasso all they want, but this city is where he is from so if you are an art buff, this is a must. 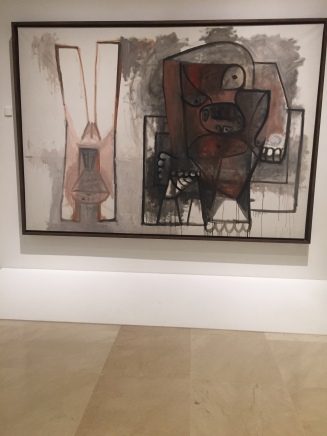 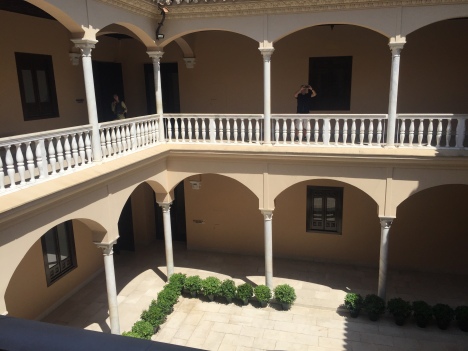 El Pimpi. Also known as the restaurant owned by Antonio Banderas, I saw this covered on CBS Sunday Morning months ago and completely forgot about it. It is also is a few feet away from the Roman Theater (see #4). This isn’t any old bar, it is a sprawling restaurant that has is a hub spot for late-night drinks. What’s better: those drinks are GOOD. I don’t remember what I ordered but it was adorned with white chocolate on top. Yum. This is what my boyfriend ordered. 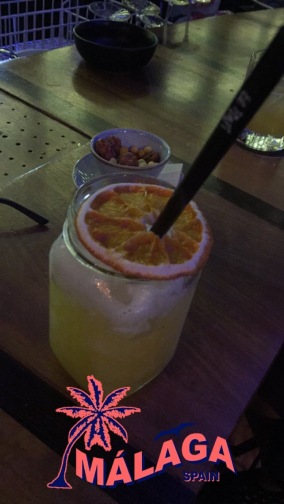 If you enjoy museums, reserve a block of time to go to them. If you aren’t into museums – I get it. I prefer to experience the culture of a country outdoors, without curation. However, Málaga has over 30 museums and likes to be known as a “City of Museums.” There really is something for everyone.

I know I mentioned the Picasso Museum but there are so many others (one on wine, another on flamenco, the list goes on…). If you have varied interests and hobbies, you might be surprised at what is offered for museums.

I had an incredible time in Malaga and if you were to take a few days to visit, you would have plenty to do. From a walk along the beach, drinks at El Pimpi, or a hike up an ancient fortress, you too would make unforgettable memories! 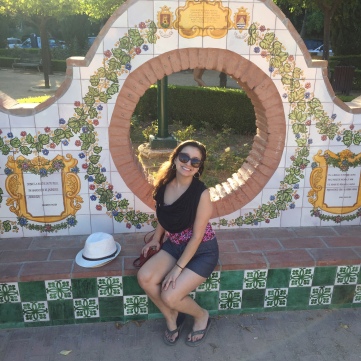 Whether you’re near or far from home this summer, happy exploring.